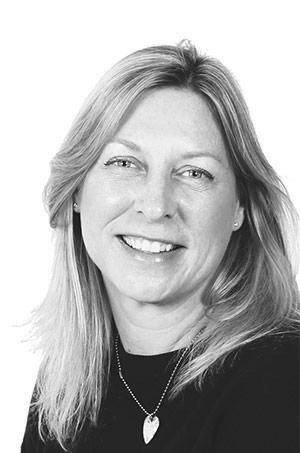 Tamsin is the Finance Director at dRMM. She joined the practice in 2011 to strategically grow the studio’s administrative arm. In just under a decade, Tamsin oversaw the expansion of the administrative team to incorporate key departments and processes including the studio’s ISO 9001 and ISO 14001, Health & Safety, and HR management. Tamsin was made Associate Director in 2017 and has been increasingly involved in managing dRMM’s finances. In her move from Associate Director to Finance Director, she will be integral to maintaining and growing the financial health of the company. Her ongoing remit at dRMM includes strategic planning, financial forecasting, and financial operations. She also continues to oversee the administrative department.

Starting her career in the A&R department at MCA Records, Soho in 1990, Tamsin spent the following ten years in various major record companies as an A&R administrator, managing recording projects and album budgets. Seeking a change at the turn of this century, she moved to the emerging world of ‘new media’. Her initial web production management role was at Granada TV, working on their first iteration of TV programme websites. A couple of years later she joined the BBC as a production manager in their interactive Factual and Learning department. She spent her next three years in radio, production managing key programmes such as Woman’s Hour and Any Questions for Radio 4 – this role was very much a career highlight.

Tamsin returned to the music industry for a five-year stint in music TV production and then in 2011 found her way to dRMM. She arrived with 30+ years of budget management but scant architectural knowledge. Since joining, Tamsin has overseen two studio moves and a three-fold increase in team size, and is now almost fluent in architectural jargon. Most recently, she has been at the forefront of the studio’s operational and HR effort in the face of the evolving Covid-19 pandemic and its implications on contemporary work practices. Working closely with dRMM’s Directors and Studio Manager, Tamsin has been instrumental in developing agile work patterns that ensure work-life balance and champion flexibility. She is very proud of the dRMM portfolio and culture, and delighted to be part of such a diverse, international and passionate team.

Aside from juggling spreadsheets and plotting cashflows, Tamsin is a passionate supporter of theatre, and rarely travels long-distance without a hula hoop.