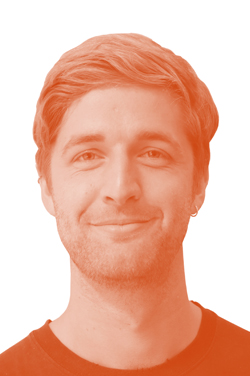 Fin is a Part 2 Architectural Assistant at dRMM.  He completed his undergraduate degree at Newcastle University and his postgraduate degree at Central Saint Martins, where his Thesis Project, ‘Why Cow Shit Matters’, looked at utilising agricultural waste as a resource for future building.

Prior to joining the studio, Fin has working on residential, commercial, and community led projects in London, Los Angeles, Palestine and Niger.  Most recently, he led the design and self-build of a new low energy family home in Somerset from concept to completion.  Fin has developed a particular interest in the interconnection between designing and building and the use of low carbon bio-based materials.