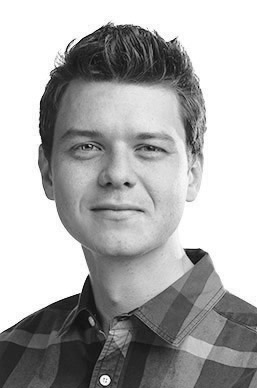 Steve is a Senior Associate at dRMM and has led some of the studio’s most influential projects, including the Sky Health & Fitness Centre and the RIBA Stirling Prize nominated Trafalgar Place. He joined dRMM in 2008, sowing a keen interest in innovative structures, construction techniques and processes during his early years in the studio. As a project lead, Steve brings a confident ability to safeguard design concepts through complex logistical matters on projects of all scales.

Steve’s work on the Sky Health & Fitness Centre demonstrated his talent for delivering progressive schemes to remarkably tight programmes and budgets. His leadership on the project was propelled by dialogue – both internally within the dRMM design studio, and externally amongst client stakeholder groups and the design team. He attributes the success of the project to an ongoing conversation, believing open communication to have been the seed for developing lateral architectural and engineering solutions – specifically, the project’s award-winning timber ‘superbeam’.

Aside from design development, Steve oversees all financial, resourcing and planning aspects on the projects he manages. With an innate ability to balance disparate priorities simultaneously, Steve is known for his approachable, proactive and organised leadership style. He leads dRMM’s knowledge share and peer review sessions, overseeing the studio’s Project Quality management and running regular project review forums. These responsibilities allow Steve to share his in-depth expertise on project administration, helping architects to identify and action administrative problems throughout every stage of a project’s lifespan. Steve promotes this solution forecasting through the sharing of collective experience, consistently strengthening communication as a means to cross-pollinate specialisms across the team. Since joining dRMM, Steve has been involved in several of the studio’s key residential projects; contributing to the early design stages of Arthouse at Kings Cross; steering the construction stages of dRMM’s East Village project in Stratford; leading Trafalgar Place; and, more recently overseeing the development of a mixed-use masterplan for Central Brixton, and the large-scale residential-led regeneration of the Queensway Estate in Southend-on-Sea. Beyond residential design, Steve oversaw dRMM’s proposals for the Exeter Royal Academy for Deaf Education, a purpose-built school and boarding facility designed specificity around the needs of deaf students. He also works extensively on mixed-use and masterplanning schemes within the studio.