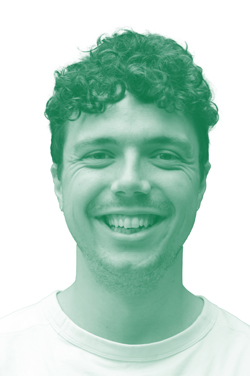 David is an Architectural Assistant at dRMM. Having completed both a bachelors in Geography at Bristol University and an undergraduate at UCL in Architecture.

David has lived in both Singapore and Japan to aid his geographical studies, interested in the architecture, he then went on to study it at UCL. David’s final year project combined his love of geography and architecture, looking into the Nine Elms redevelopment scheme, its impact on the local queer community and how the gentrification is resulting in sterilisation of queer spaces.

Prior to working at dRMM, David spent a year at WilkinsonEyre, working on both national and international projects. At dRMM, he’s focusing on designing at the human and local scale

When not found at his desk (or the coffee machine) he can be found doing laps at the nearest pool, tinkering about sewing or talking about his chickens to anyone willing to listen