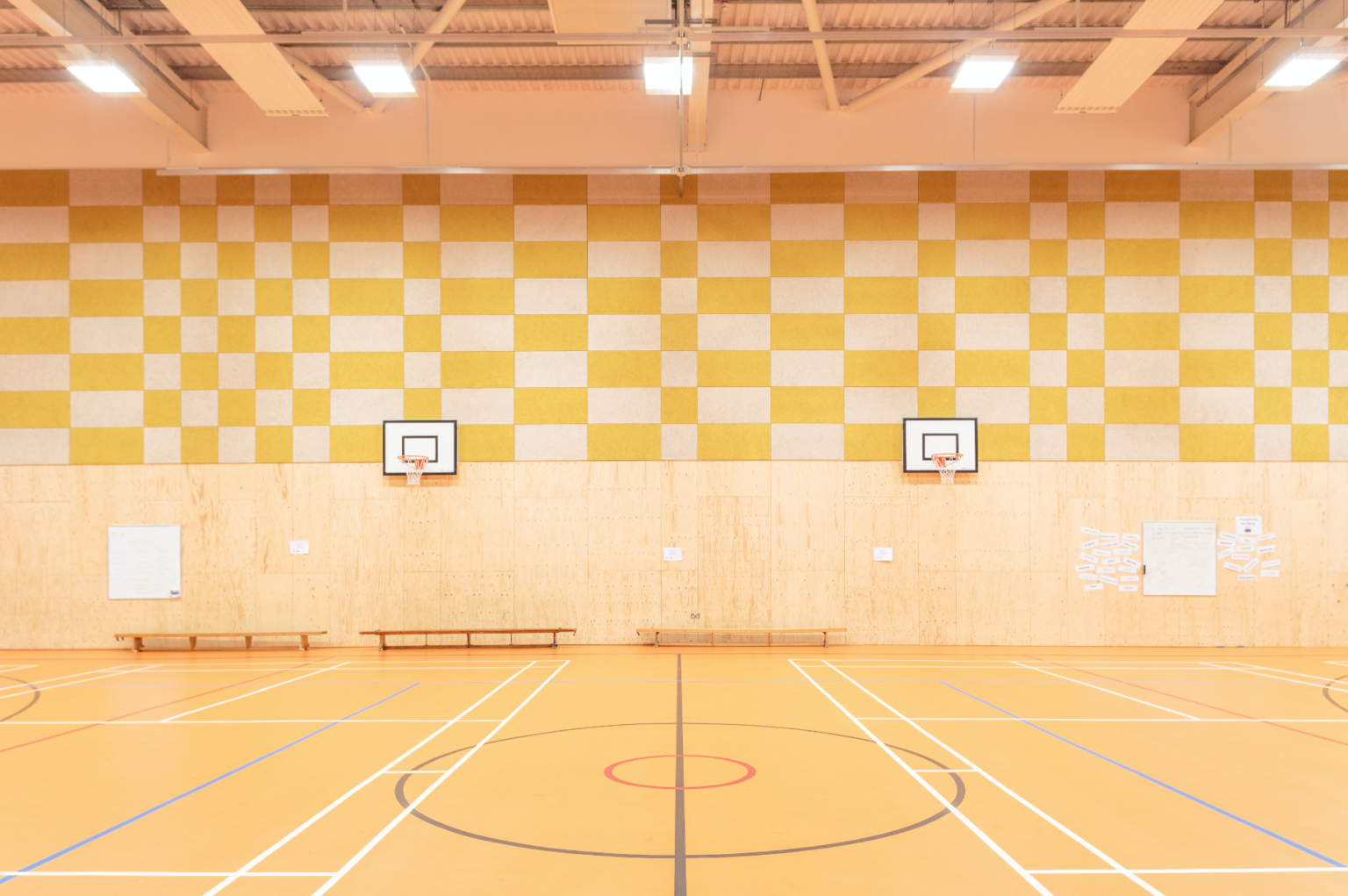 An inner-city beacon of educational excellence 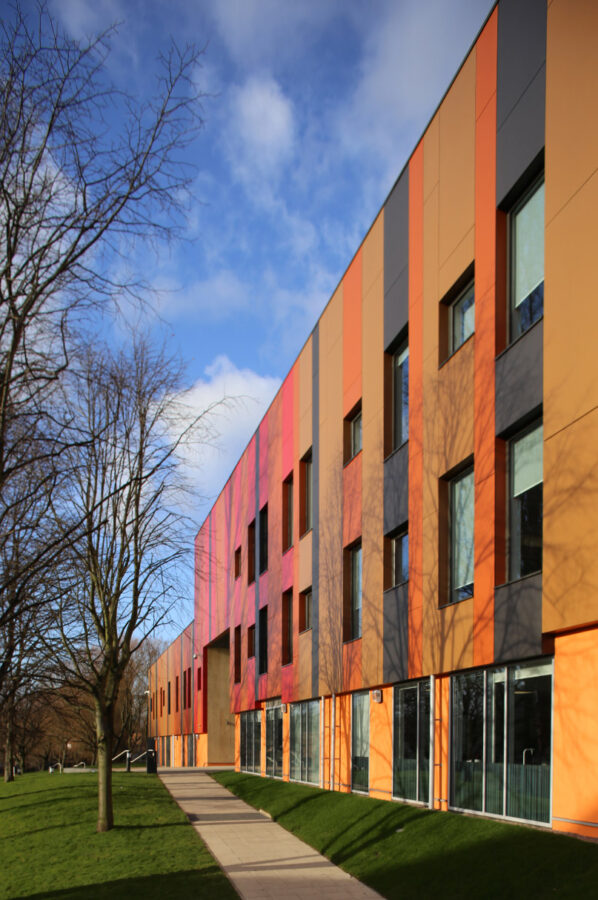 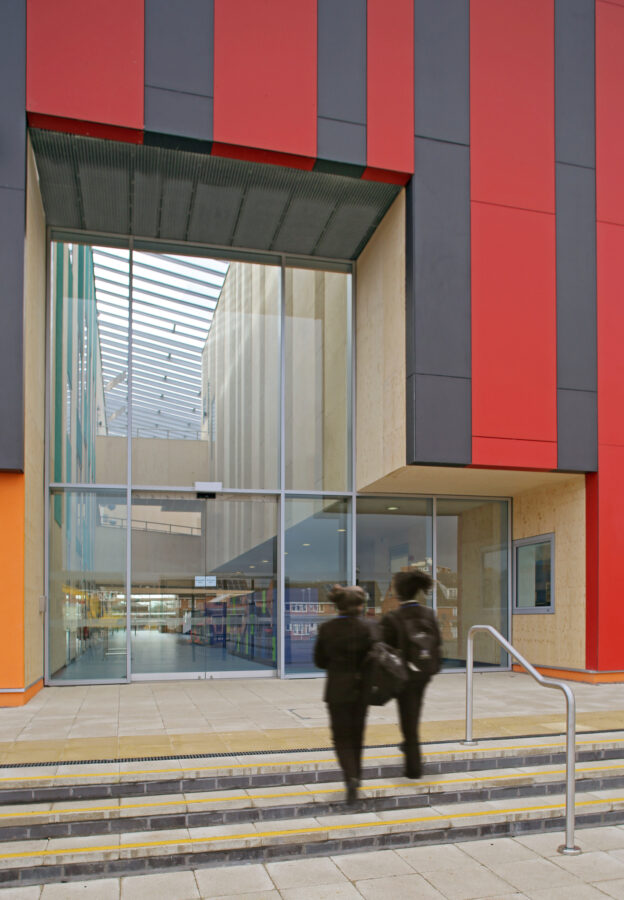 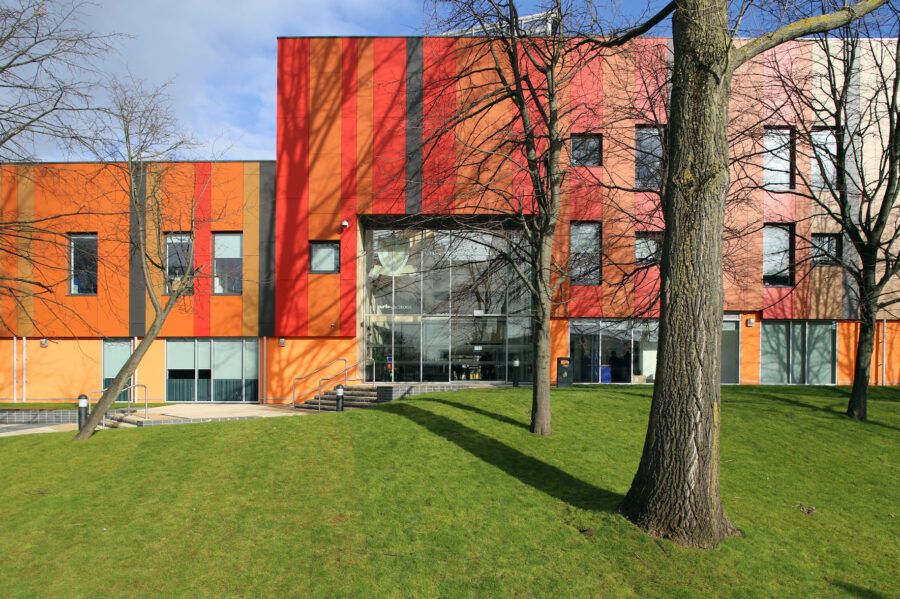 View across green
01 A challenging brief on a tight budget

Our brief was to help a secondary school threatened with closure double student numbers to 800 and make the transition to a non-selective Academy with a new sponsor, ARK (Absolute Return for Kids).

The original school had been housed in a post-war building no longer fit for purpose, threatened with closure due to its small size. Initial challenges included severe budgetary constraints brought about by the end of the Building Schools for the Future (BFS) programme, of which it was a part.

Added to this were a very mixed site, including a building containing dangerous materials that required demolition, and a complex stakeholder arrangement. This was typified by the need to balance ARK’s traditional educational values with Birmingham Council’s strong transformational education agenda. 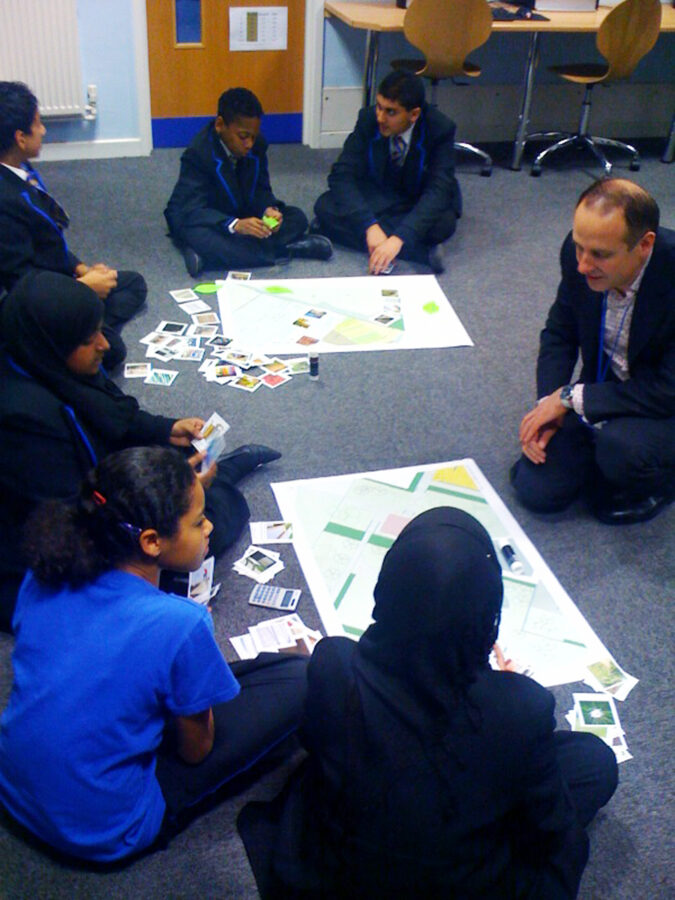 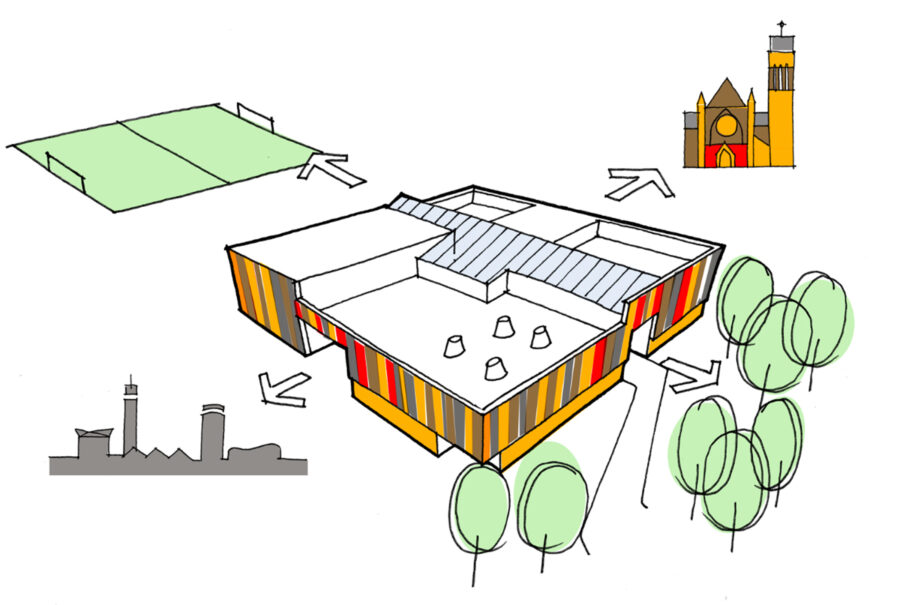 A sketch of the design.
02 Intense collaboration

Fortunately, the condensed design programme encouraged all parties to engage in an intense period of collaboration.

The result is a compact, geometric and highly legible building minimising cost that serves ARK’s pedagogical model while still facilitating Birmingham City Council’s transformational agenda.
The building comprises two interconnected buildings defined by two perpendicular axes. The primary axis provides a new circulation route and links the entrance with the external grounds. The two schools-within-a- school are in the eastern half, demarcated by shared resources, while the specialist, sports and dining spaces are in the western half.
A second axis maintains visual connections to St Alban’s Church and the city centre skyline, and in all the design maximises playspace and saves existing trees. A colourful fibre-cement ‘curtain’ envelopes the academy and provides a foil to the mature trees on this restricted site. 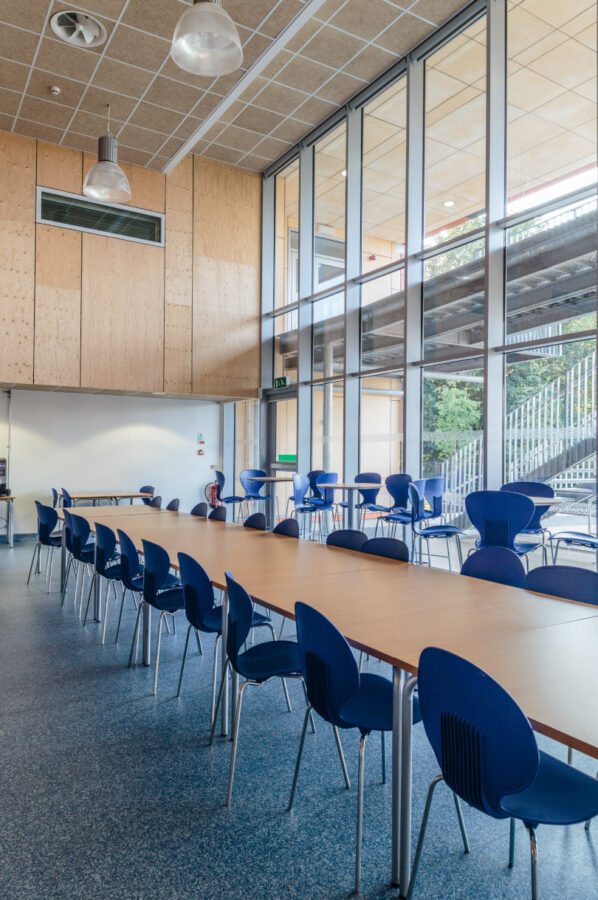 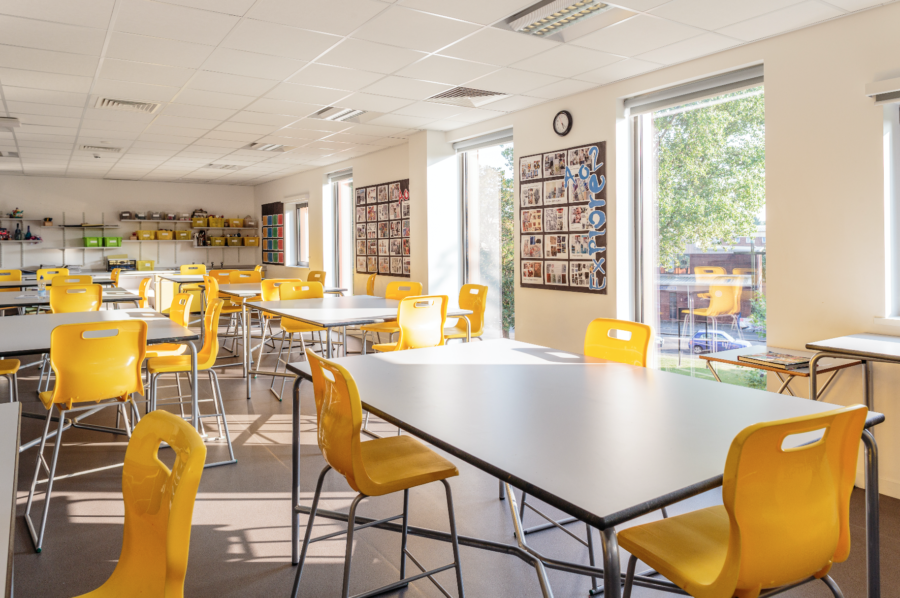 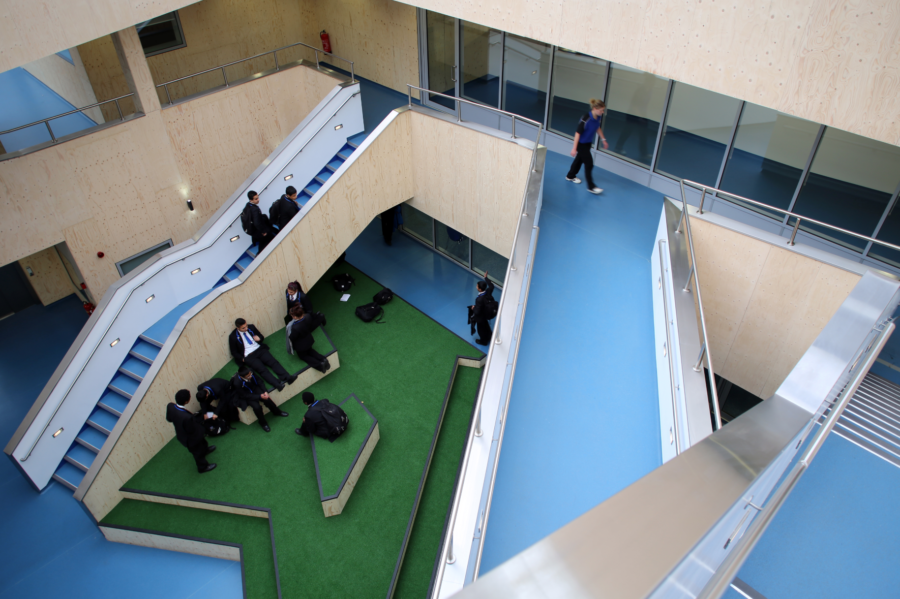 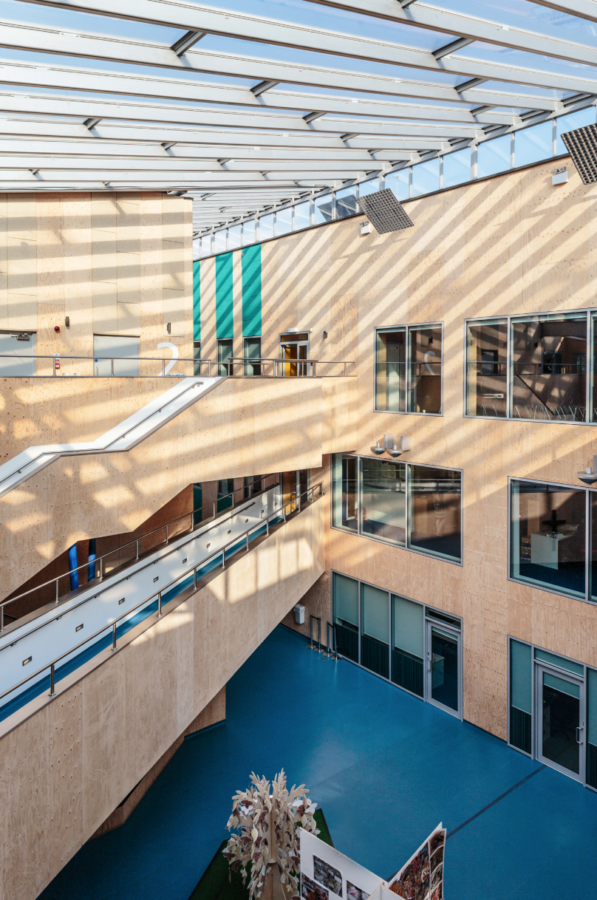 Main atrium
03 Ahead of time and on budget

This flagship project demonstrates the importance of client consultation and creative design in producing a building that is both economical and environmentally sensitive.

To achieve the affordability criteria for BSF funding, a gross internal area savings of 7% was made with no reduction in areas of learning spaces. Natural materials including spruce plywood and wood wool acoustic panels contribute to achieving the targeted BREEAM ‘very good’.

The project was delivered ahead of time and on budget, and is widely considered by the contractor Lend Lease as the most commercially successful in the LEP. The Sponsor Ark is also looking closely at the school as a template for future Academies.

Schools can be idiosyncratic places. They need to respond to communities and context, as well as different ways of delivering education.

St Alban’s is a public building and social sustainability was the key driver in creating an accessible and distinctive building for local children, their parents and residents alike. Inclusivity of all users, celebrating diversity and multiple faiths, was a priority in this mixed neighbourhood.

Religious representatives of both the Christian and Islamic faith were consulted from the outset. Their participation resulted in a building that facilitates extended and after school use, with the brief developing and expanding to include a multifunctional parents’ room and a multi-faith prayer room.

The planning application received no objections and was unanimously passed by Committee. The project was subsequently case-studied as best practice by the city planners, as an example of both urban design and commitment to consultation. 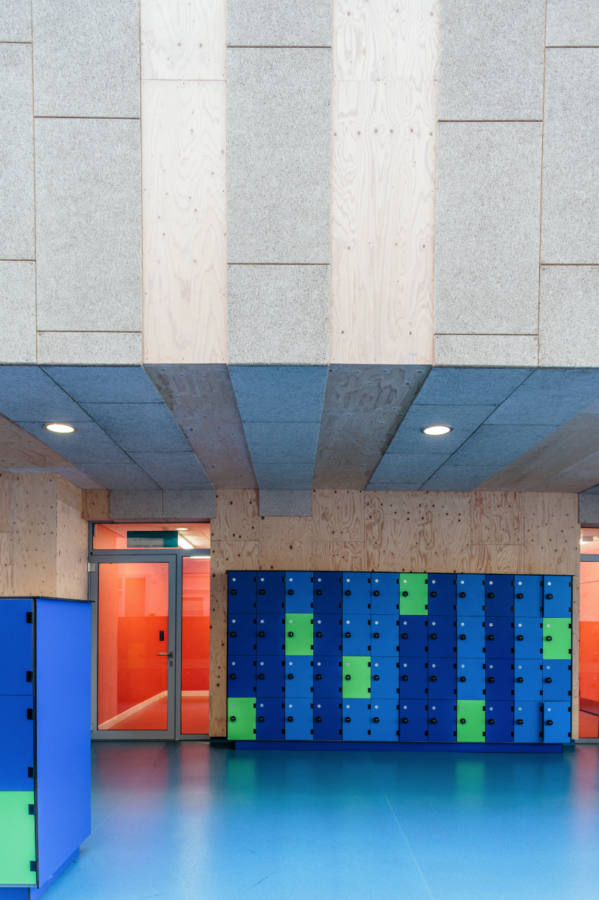 Space for accommodating the lunchtime rush. 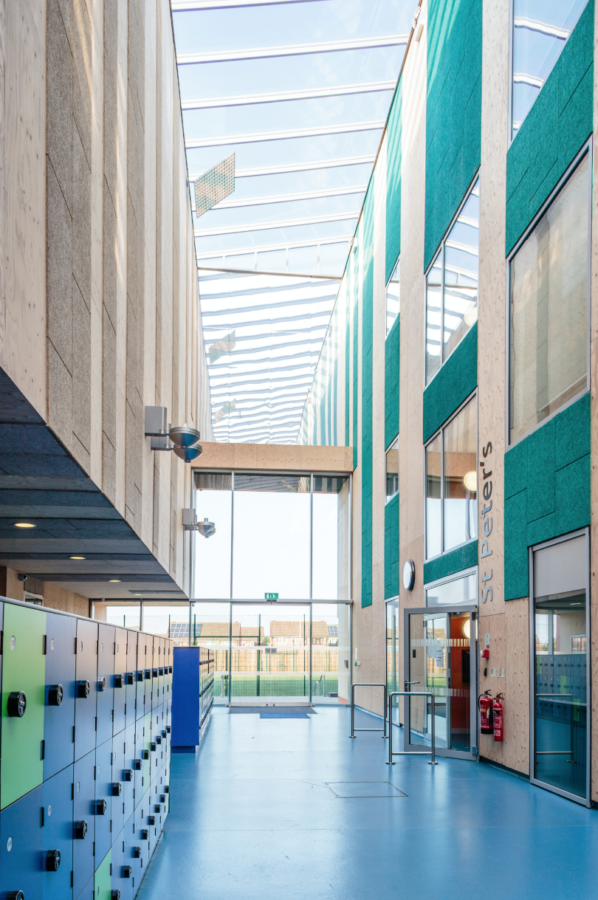 Natural light in the atrium space 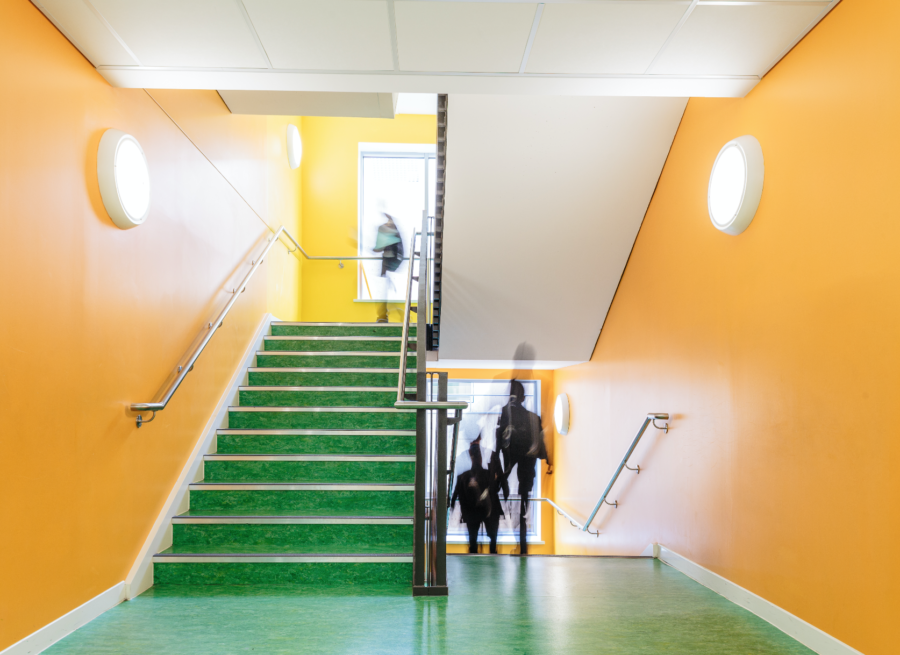 Thinking: What has Covid-19 taught us about designing schools?

A new model for primary education 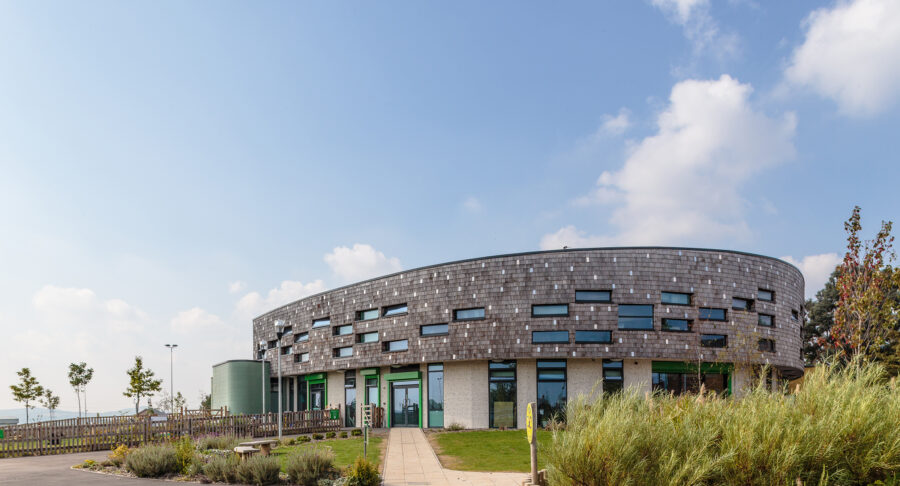 Learning in the round 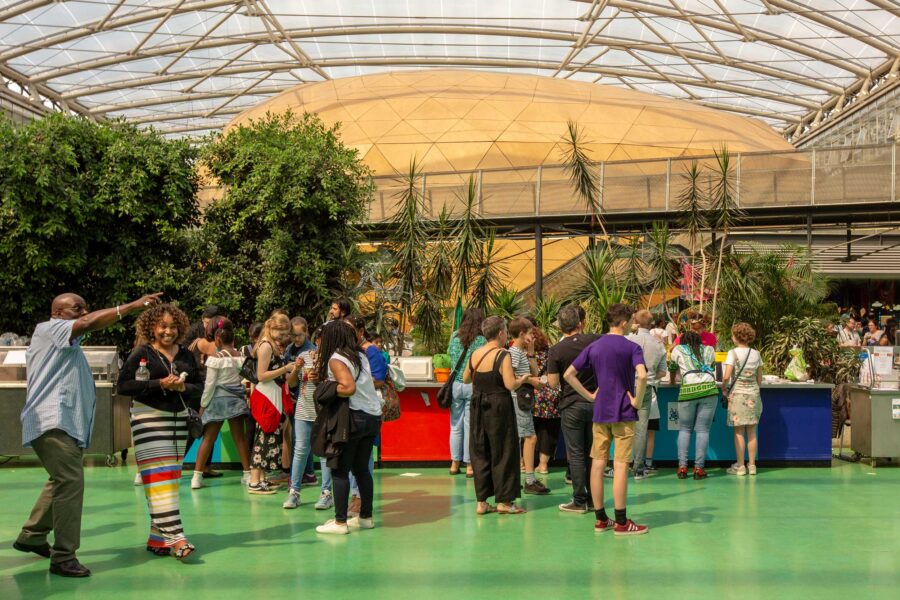 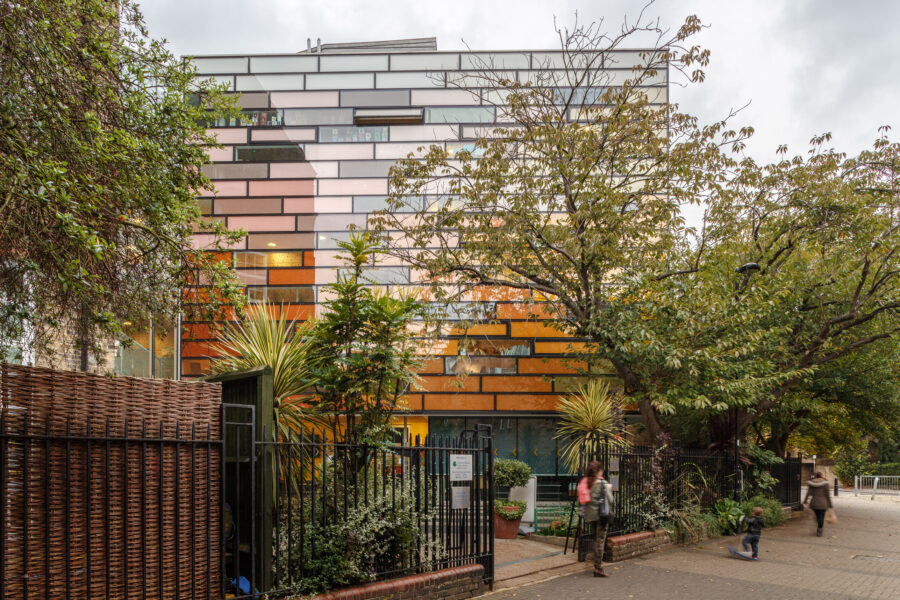