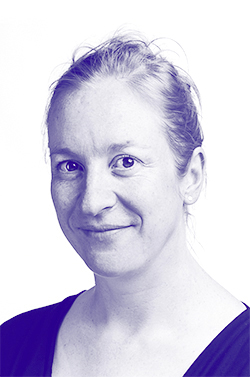 Saskia Lencer was made dRMM Director in 2020 following her three-year role as Associate Director. She joined the studio in 2006 and has been the driving force behind some of dRMM’s most high-profile projects.

She was Project Architect for the RIBA Award-winning scheme known as the ‘Tower of Love’ at Blackpool’s seafront – a cross-laminated timber building situated directly opposite the Grade I listed Blackpool Tower, comprising of a wedding registry, tourist information and restaurant. She also led dRMM’s team on Faraday House from competition to completion, leading the residential scheme as part of the wider Battersea Power Station regeneration masterplan. As Project Architect, Saskia worked to deliver the golden apartment building that defines the western edge of the nationally significant site.

With a Masters of Science in Architectural/Heritage Conservation from the TU-Berlin, Saskia’s unique architectural expertise marries a heritage background with in-depth understanding of technical design at all scales. From her work on WoodBlock House – a live/work East London dwelling for artist Richard Woods – to her involvement on the RIBA Stirling Prize winning regeneration scheme, Hastings Pier, Saskia brings her knowledge of materials and construction strategy as tools for designing flexible spaces that champion longevity.

Prior to joining dRMM, Saskia worked for Avery Associates where her projects included the remodelling of the London Transport Museum. This high-profile scheme located within a central London conservation area involved the extensive remodelling of the museum within a Grade II listed flower market structure and additional extension works.

She has contributed to the Architects’ Journal Retrofirst campaign, writing about the merits of prioritising flexibility in architecture as a driver for the profession’s current and future retrofit culture. Her position advocates for the merging of heritage specialisms with newbuild strategies as a means for creating architecture that is defined by adaptability. As such, Saskia leads dRMM’s focus on retrofit, integrating her research and practice with the studio’s wider sustainability priorities.

Saskia also advocates for collaboration as a priority in creating sustainable architecture. Her extensive experience in contract administration and construction at all scales, as well as her involvement working within sensitive contexts, is buttressed by her willingness to share expertise across disciplines. Saskia’s focus on collaborative practice extends to her strategic role within the dRMM studio vis-a-vis team development and mentorship. Across all project teams and personnel levels, Saskia works to shape dRMM’s future-driven work culture as it relates to resourcing, managing and personal progression. 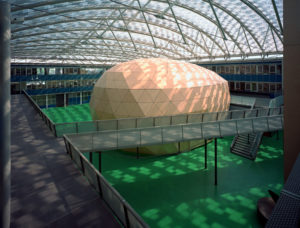 Flexible new-builds are essential to future-proofing
by Saskia Lencer