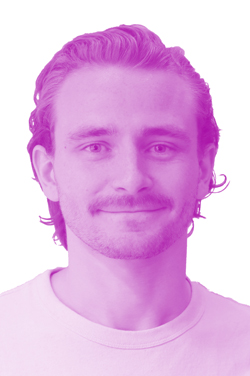 Findlay is an Architect at dRMM Studio Berlin. Before joining dRMM, he graduated from his MArch degree at the Edinburgh College of Art, following undergraduate studies in Bath and Munich, before completing his Part III at the Bartlett. After two years leading construction-stage packages on large projects in London, Findlay was the first to relocate permanently to Studio Berlin. He is particularly interested in tectonics, materiality and architecture’s relationship with existing heritage fabric.

Findlay won the inaugural RIBA Award for Sustainable Design at Part II at the 2019 Presidents Medals, as well as the 3DReid Student Prize. He has also been shortlisted for the YTAA by Fundació Mies van der Rohe, and nominated for the RIBA Bronze Medal. He grew up on the Black Isle in Scotland and enjoys film, classical guitar and rugby union.